Check out the Nascar driver who does Lane Frost wave after EPIC wreck & Miraculous Survival!

In what can only be called Cheating Death & the most incredible survival ever, Nascar driver Austin Dillon walks away from a terrifying Auto wreck &  acknowledges the crowd with a tribute to the late, great bull rider Lane Frost!
Austin Dillon in what can only be called the miracle of all miracles!- emerged relatively unscathed at Daytona, then climbed out of his car and made a gesture with his hands to the crowd that brought on plenty of cheers.
After climbing from the wreckage of his No. 3 Chevrolet at Daytona International Speedway, Austin Dillon put his own spin on informing the crowd of his well-being.
Rather than the standard wave acknowledging the support of fans, Dillon made a dual motion with his hands, which was a tribute to legendary bull rider Lane Frost.

So, what exactly did this mean?
Here was Dillon’s own explanation:
“The night before (when we won the race,) some of my guys in the XFINITY crew, we watch “8 Seconds” a lot with Lane Frost, who’s probably one of the best bull riders of all time, and it was just kind of cool; so after we won the first race Saturday night, I thought it was a cool tribute to him to kind of start doing that, was going to try to take it over and just embrace it because Lane Frost was one of my Heroes..
Sunday after the wreck, I thought it was appropriate because that was a pretty wild ride. I had actually texted one of my buddies. He’s a bull rider. His name is Luke Snyder, and he texted and asked if I was all right and everything.
I said,- ‘Yeah, man, screw riding bulls.’ But he’s like, ‘I don’t know about that. Maybe screw racing,’ and I said, ‘No, I love what I do!”
It simply was not his time….no other explanation for surviving this crash…
And after surviving being slammed into a fence at 195 mph-then hit again head on by another car… he gets out and does the Lane Frost Wave……absolutely not believable!….his crew ran on to the track fearing a certain tragedy…and he walks away with Lane Frost on his mind!
Share with adults who like miracles!
Lane Frost was and continues to be an inspiration…not only in Rodeo…..But Everywhere! 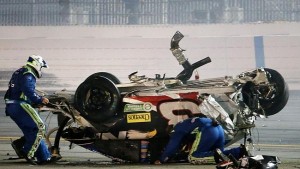 Miracle on the track(Source: AFP) 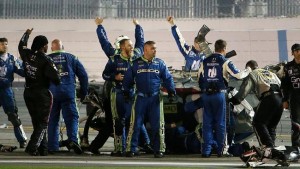 Pit Crew all thumbs up after miracle on the track(Source: AFP) 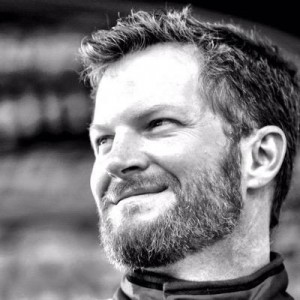 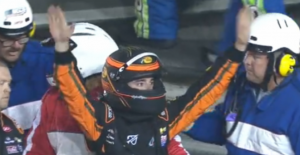 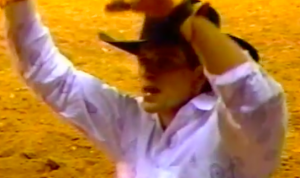 The Legendary Lane Frost & His Wave!