In the final days of the 2015 season every cowboy that enters will have at least a shot at the coveted World Finals Event Title and its $250,000 payout. A select few riders will also be in pursuit of the ultimate prize in all of Western sports: The PBR World Championship. Riders from all over the world have spent the last Year climbing aboard the Rankest Bulls in the business for the chance to battle it out at this year’s Built Ford Tough World Finals In Las Vegas. 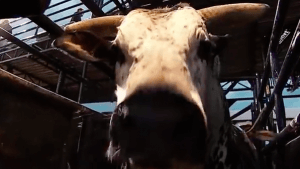 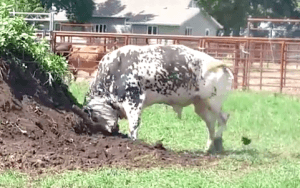 Air time a Top Contender for 2015 Bull of the Year.

Gone are past World Champions Bushwacker and Asteroid and into the picture comes SweetPro’s Long John, Jared Allen’s Air Time, Smooth Operator, Roy and many more.
Let’s see if any Cowboy can Solve Airtime!