Check Out The Most Heartwarming Touchdown Ever Scored-Sick Kid Becomes Hero!

This is a tribute you won’t soon forget.
As one would expect of a boy from Nebraska, Jack Hoffman was a Huge Nebraska Cornhusker Football Fan.
Jack was Diagnosed with Brain Cancer and was Fighting for his Life.
In 2012, between his first and second brain surgeries, he was introduced to Rex Burkhead, then a football player for the Nebraska Cornhuskers football team. Subsequently, a close connection developed between Hoffman and the team. On April 6, 2013, at the annual Nebraska spring game, Hoffman at age 7 entered the game during the fourth quarter and ran for a 69 yards touchdown that received national and international attention.
Whether Rodeo,or Football- Sports can often provide tributes and moments much Bigger than the Game!
This is that Moment!
Watch and share this pure Magic…and we should all strive to appreciate life and be there to lift Each Other up!

(link to video at bottom of page) 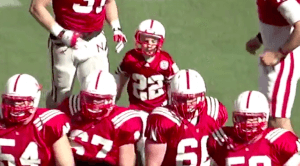 Jack trotting out to the field 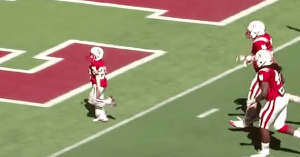 CLICK THE NEXT PAGE(2) FOR VIDEO OF JACK’S TOUCHDOWN!