Check Out Ryan Dirteater’s Incredible Cover of  Rock and Roll from PBR.

Watch as Ryan Dirteater puts up a 90 point Ride in the Championship Round of the 2013 Grand Rapids Invitational.
Rock and Roll was considered a very good bull and had average bull scores of low to mid 40’s during 2011-2014 seasons.
Ryan is known as a Hard Worker and Fierce Competitor-and is one of the Most Popular Riders on Tour Today.
He is Currently in the top 15 on Tour and Rising up the Ranks.
Known as the “Cherokee Kid,” he  hails from the Cherokee County town of Hulbert, Okla.
Ryan Dirteater has certainly made  a Name for Himself!!! 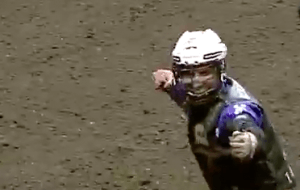 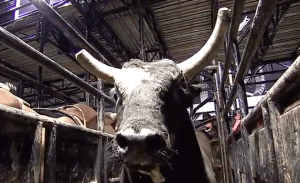 Click Page 2 Below to See the Monster 90 Point Ride